Текст легенды
Once upon a time there was a brave knight called George. George had lots of adventures as he travelled by horse across many lands.
One day he came to a small village and met a man who lived in a cave next to the village.
The hermit (отшельник) told the knight about the awful things that were happening there. A terrible dragon had come to live in the lake and attacked the village every day.
The villagers didn’t know what to do. First, they gave the dragon all their food, but the dragon just took the food and still attacked the village.
So then the villagers gave the dragon all the animals from their farms. The dragon took all the animals, but continued to attack the villagers.
So then they gave the dragon all their gold and jewels. The dragon took all their money, but still was not satisfied.
The king sent his army to try and capture the dragon, but the dragon was too strong and the knights of the army were too scared and they ran away.
With nothing left to give, the king could only think of one thing to help protect his people. He sent his only daughter, the princess, to the lake to wait for the dragon.
When George heard this he rode as fast as he could to the lake. Just then the dragon jumped out from the lake and was going to eat the princess.
George attacked the dragon. He fought very bravely, won the fight and killed the dragon. George and the princess returned to the village and everyone was very pleased that they would have no more problems with the dragon.
Today, the story of George’s bravery is remembered and George is known as the patron saint of many countries. 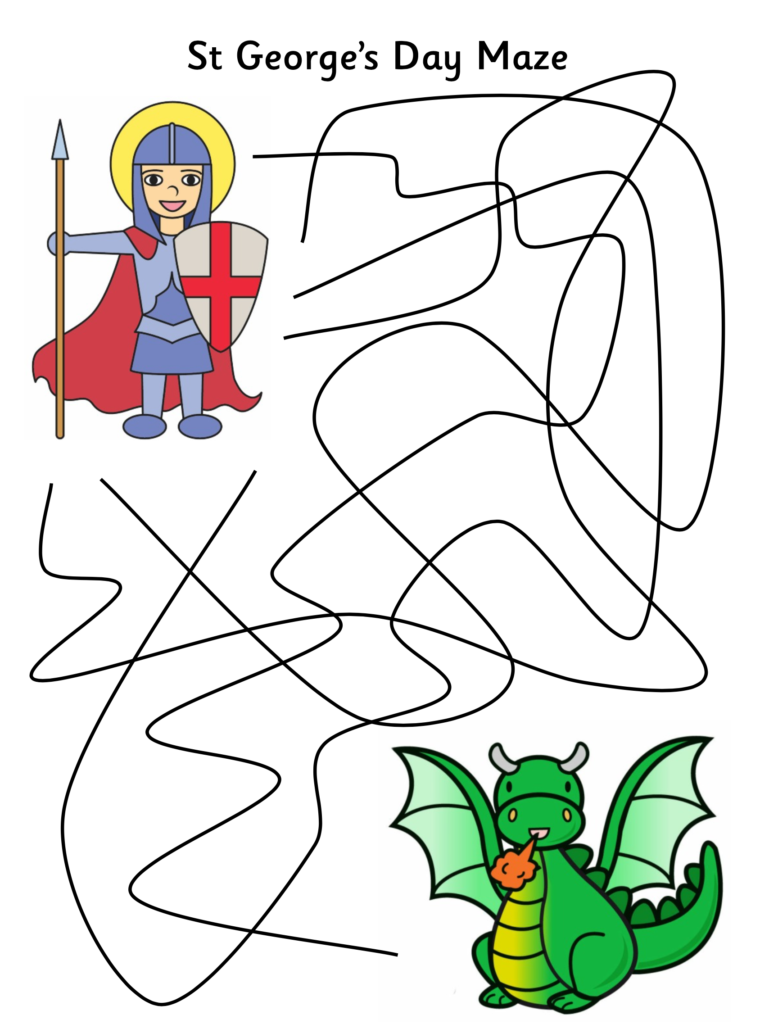 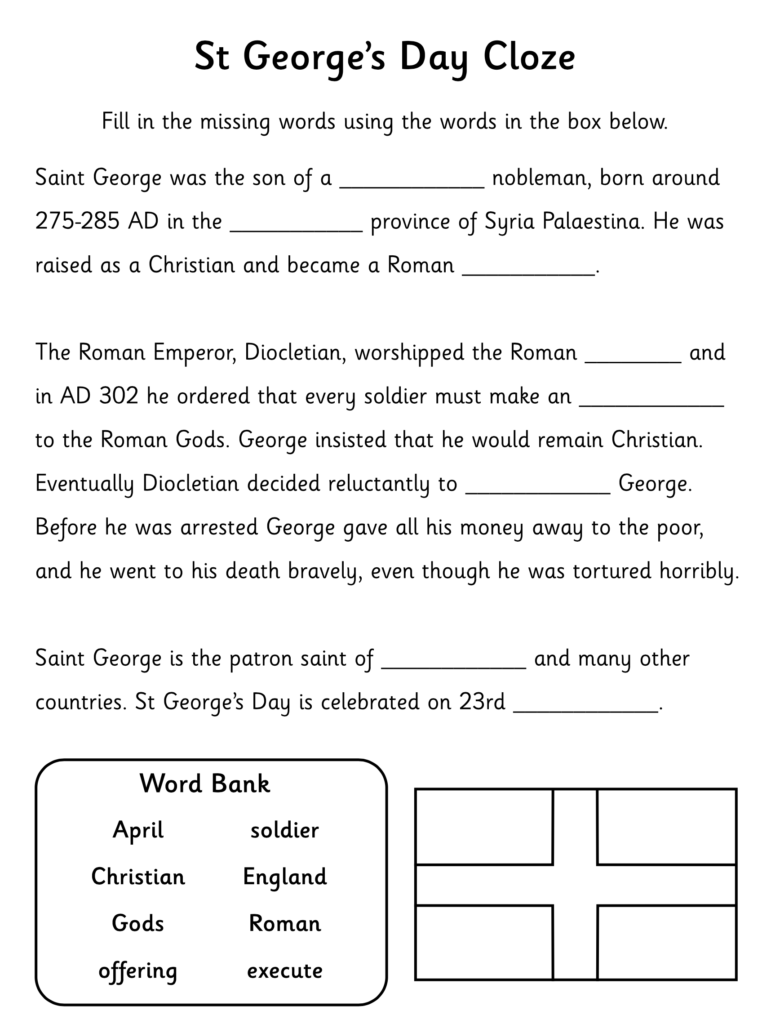